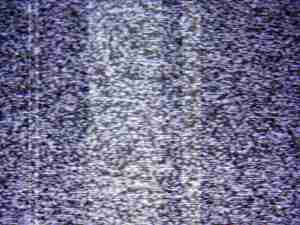 Inward Narrow Crooked Lanes, by B Minus Seven, is a surreal Twine prose-poem deal.

‘Surreal’ covers a big spectrum; put mildly dream-like fantasy at one end, and things barely short of complete abstract incoherence at the other. Inward Narrow Crooked Lines lies towards the latter end.

So, yeah, this is a surreal garble of a thing. It declares itself at the outset to be surreal garble. I was extremely tempted, after the first playthrough, to declare “this is just wilful abstruseness” and move on.

OK, OK, there’s more going on here than that. There’s a sense that you are being tested on something that you cannot understand, or that involves categories or systems alien to you. The thing’s structured like a gauntlet game – a series of rooms each with a challenge, except that the contents of each room make no sense. It might be a job interview, but the term used to describe the early questionnaire section, intake form, is most-associated with the mental health system.

The title – a line from the Donne poem The Triple Fool, replicated in one optional part of the game – suggests that this is basically a catharsis piece, and that catharsis pieces (if actually published) are essentially quixotic:

To love and grief tribute of verse belongs,
But not of such as pleases when ’tis read.

Which you could take to mean: catharsis pieces don’t work if they offer anything to the audience. But if you want to offer nothing to the audience, the simplest way is to stuff your work behind the sofa cushions, whereas this was entered in the Comp. So the point may be: catharsis works when you induce your own negative feelings in your audience.

Anyway. My general feeling on poetics is that if you’re going to make it a puzzle to work out what on earth you’re going on about, or whether you’re actually going on about anything at all, you should really offer your audience reasons to stick around that long. And having taken a little time to dig into it – well, a lot of these themes are things floating around the Twinesphere already, and I didn’t feel this was a particularly compelling version thereof. (Which may be the point; of course; but if so, my giving it a low score represents a success on its own terms.)

This entry was posted in cyoa, interactive fiction, review and tagged if comp, IF Comp 2014. Bookmark the permalink.