IF Comp 2015: Darkiss: Chapter One: The Awakening 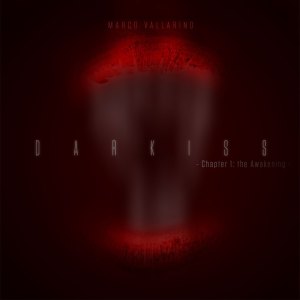 Darkiss: Chapter One is an old-school vampire story (sadistic lords in remote castles, rather than leather trenchcoats and high-school angst). The PC was killed and sealed in his lair by vampire-hunters, but has somehow survived; his memory has been somewhat impaired in the process, so you have to search around for ways to escape the barriers left behind against your escape.

Actually, you’re almost glad to have been murdered so horribly because, now that you are alive again, you can plan a terrible revenge.

The game’s puzzles are mostly an very traditional parser bunch: you search around the crypt, looking for clues and puzzle components. Macabre though they are, they mostly have a familiar feel: make a torch and light it, find some numbers and combine them to open a combination-lock, find a hidden passageway. The difficulty is rarely a matter of ingenuity: it’s about whether you find stuff or not, and there’s a passable hint system to direct you around if you don’t find what you need.

The content is tropey and bloody: the PC is a pulp Gothic villain, reveling in torture and wickedness for its own sake, with a special taste for blonde ingenues. His enemies are similarly sadistic. For all the Grand Guignol, however, the tone isn’t all that dark; I’m not sure whether this is an artefact of translation, but Voigt seems quite chipper about everything. He’s certainly not brooding. And this, together with the conventionality of the work’s elements, makes it hard to consider the game as having any real thematic point to make: yes, it’s a world of extraordinary cruelty, with blood, torture and creepy D/s relationships aplenty, but it doesn’t feel as though they mean anything other than ‘stuff you’ve got to have in a vampire story.’

The old-school Gothic mode had some problems.

Every day you ordered the gipsies which were at your service to take care of her, making her recover the energy lost during the past night with banquets and transfusions, so that you could drink again at the delicious spring of her jugular, when the sun set.

Exercise: whenever you encounter ‘gypsies’, substitute ‘Jews’ and see if you still feel good about it.

Overall, this is fine, but there’s not a lot to get excited about. In story and puzzle design, it sticks closely and uncritically to genre conventions; and while the execution isn’t bad, nor is it so consummately amazing to make it stand out.

This entry was posted in interactive fiction, parser-based and tagged if comp, IF Comp 2015. Bookmark the permalink.

24 Responses to IF Comp 2015: Darkiss: Chapter One: The Awakening