What Is A Storygame? 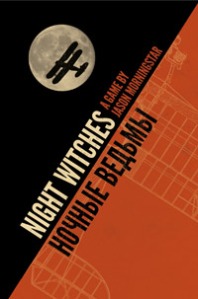 I’m going to be moving soon. I’ve been lucky to live for the past few years in a city which has a deep and diverse pool of gaming communities, with enough space in the ecosystem for the weird little niches that generally contain the stuff I really care about, and for there to be new niches to dip my toes into. That has included an active storygaming community, which has been amazing.

I’m moving to a smaller city with a much smaller tech sector, and a correspondingly smaller Nerd Arts community. From what I can make out, the regular RPG scene there comprises D&D, Pathfinder and maybe a little White Wolf LARP. I’ve got an established online group, playing through G+ hangouts, and they’re all lovely people and we have a good time. But it’s not the same as in-person games: a little more work, a good deal less immediacy. So I’ve been thinking long and inconclusively about how feasible it’ll be to set up a local pickup storygames group – and that inevitably means thinking about explaining storygames, which in turn means having an idea about what they are.

The usual potted version is “tabletop role-playing games with a heavy emphasis on story.” But that’s not hugely helpful, not least because everyone seems to have a different idea of what story means. In accepting the XYZZY Award for Best Story, Jon Ingold said that he didn’t really consider 80 Days to be a game that had a story. S. John Ross says “I don’t game for story“. I suspect that John and Jon understand ‘story’ in games as something more specific than I do – which, regardless of what the exact differences are (this is a rabbit-hole* of a subject, too extensive for this margin) suggests that just saying ‘games which place a priority on story’ doesn’t do a good job of unpacking the term, and may actively mislead.

(My other major gaming interest, interactive fiction, has a very similar naming problem – indeed, ‘interactive fiction’ and ‘story game’ become effectively equivalent if you take the maximalist, literal-meaning-of-the-words position. I’ve seen a good number of people using ‘story games’ to mean narrative-focused videogames, which makes me long for more usable proper nouns, rather than this morass of slippery semi-definitions.)

Anyway. For purposes here, storygames are a subset of tabletop role-playing games. Sure, I know splitters, people who prefer to think of storygames and RPGs as separate, albeit adjacent categories – unsurprisingly, these are usually people who enjoy one but not the other. And there are the lumpers, folks who say that all RPGs are storygames. Here’s the definition on the storygames.com forums, which leans towards genre inclusivity as a community-management principle:

A Story Game… is another word for A Role-Playing Game. Defined as “A game where you play a role“. This covers a lot, A LOT, of ground.

In other contexts, I’ve seen people use the term ‘story game’ as a term for any tabletop role-playing game, used to avoid the cultural baggage or jargony feel that ‘role-playing game’ might convey. It might also avoid confusion with CRPGs – itself a broad and imprecise category, and one which for many players is the only meaning of RPG. All of these are fair enough contextual uses, but they’re not what I (or, I think, my community of use) understand by the term.

Gloom is storygame-like, sort of, insofar as it’s not much fun unless you mostly want to use it to tell stories.

A narrower definition is tricky, because there are no absolutely definitive features of storygames – rather, there is a cluster of associated and related concepts that typify them. (I admit to an intellectual preference for this kind of arrangement.) I’m going to focus on what makes them distinctive from traditional tabletop RPGs, rather than how or if they’re different from improv drama, freeform collaborative storytelling (One Word Story), or narrative-y card games (Gloom, Once Upon A Time). None of these features are ubiquitous in storygames; some of them are even unusual, but still more likely to appear in storygames than traditional tabletop.

I should reiterate that there’s no hard delineation here; very few storygames share all of these features. Powered by the Apocalypse games are storygame-ish in some important ways (non-simulationist, heavy interpersonal focus, failure-driven), but they have a GM, resolve conflicts based on dice, play better as campaigns than one-shots, and have some simple leveling which makes characters (somewhat) more capable. Dogs in the Vineyard definitely has some strong storygame-like traits, but in other ways it’s much closer to a traditional RPG: a complex conflict-resolution system with lots of dice, a GM who has to do a good deal of prep work, hidden information, PCs who act as a party. Fate has strong storygame-ish elements, but a lot of people wouldn’t consider it a storygame.

And a lot of this is about community expectations of play as much as it is about mechanical features of the game. You can play D&D as a storygame if you want – but, crucially, D&D isn’t designed to support that style very well.

Naturally, the extent to which storygame players identify certain features as central to storygames will vary depending on which aspects are most important to them. Some people and groups put a very high stress on the GM-less aspect: they argue that an important role of storygames is to create a genuinely inclusive environment, and that for some players the power-imbalance inherent in GMs is a turn-off. For some people, the goal is to largely replicate a traditional action-oriented RPG kind of narrative – they still want to be telling stories about heroic fantasy adventure, they just want to approach that in a low-mechanics narrative way rather than as a simulationist or tactical exercise.

So, hm. What parts of all that do I care about most?

* OK, OK, just one example. Within videogames, a lot of people have the very strong assumption that ‘story’ means something linear and minimally flexible, separate from the core activity of the game and externally imposed upon it. The player’s activity can do little to influence this sense of ‘story’ – it’s the sort of thing experienced mainly through cutscenes and journal entries. So sometimes when I say ‘RPGs with emphasis on story’, people can get the idea that I’m talking about something like Dragonlance – RPG scenarios or campaigns that aim mostly to recapitulate a pre-determined plot and characters. And that’s almost precisely what I don’t mean!

27 Responses to What Is A Storygame?