ANCIENT MYSTERIES OF IF COMP: Photograph

The Interactive Fiction Competition kicks off in a little under three weeks. Since its inception in 1995, IF Comp has spurred the production – or at least served as a convenient platform for – over seven hundred works of IF, and has had a huge impact on the culture, craft and criticism of interactive fiction. 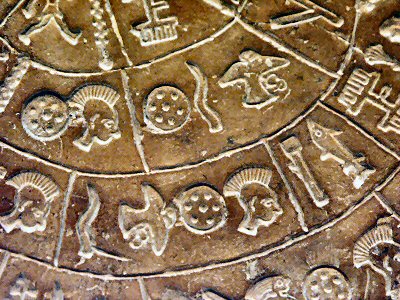 IF Comp represents an explosion of activity, and is very much a community event, with everyone playing and talking about the same games at the same time. There’s a corresponding post-comp fatigue. In the past I’ve generally tried to play, review and score every game in the Comp, but sometimes that just doesn’t happen. And once the Comp is over, the sense of urgency diminishes, and the games I missed get abandoned in the midden of Things I Should Really Get Around To One Day. (Not that those games are particularly ill-served – they almost certainly received more critical attention than games released outside any comp.)

So ANCIENT MYSTERIES OF IF COMP is a silly title to motivate me to actually get around to going over some of them, in the run-up to IF Comp 2016. We’ll see how it goes. 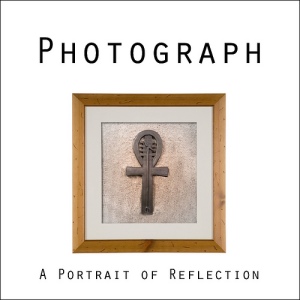 Photograph: A Portrait of Reflection, by Steve Evans, won third place in IF Comp 2002, and was nominated for two XYZZY Awards. The first time around I somehow managed to get stuck about midway through, and never quite figured out what anybody saw in it. (Looking at the game now, I suspect that I wasn’t actually stuck, just thought I was. It may also be a difference between the original comp version and the more recent post-comp release).

It fits straightforwardly into a parser IF tradition composed of games like Photopia, Tapestry, Map, The Life (and Deaths) of Dr. M: sombre retrospective works about life, death and regrets, with a surreal or metaphysical frame. At the opening of Photograph, it’s strongly implied that the protagonist is in the process of committing suicide. (Later, it transpires that he’s allowing himself to succumb to an unnamed ailment.) The story unfolds through a series of nested flashbacks.

Formally, Photograph is very much in the style of what was then considered the New School: the puzzles are all very simple, and the game almost always prods you towards the next step to take. But this is still very much a game that’s native to parser, with its empty buildings, its use of objects as talismans of memory, its sense of the difficulty of the individual motions of ordinary life.

You stand on a balcony looking out over treetops and distant roofs to the river and the hills beyond. The sky is pink and blue pastels, the sun barely risen above the late morning mists and woodsmoke haze. A fog rolls down the river valley like a lazy cloud.

This is tight writing, for all that it’s going for rich aesthetics; a picture is painted, a mood evoked without getting bogged down in particulars. Even when it’s being relatively prolix, Photograph doesn’t ever drag, but nor does it call heavy attention to its style – except, perhaps, when it becomes worryingly sparse, as though the viewpoint character is trying to avoid thinking about it, or is viewing life through an anhedonic haze.

Balcony
You are on a wooden balcony that looks out over a river valley. An open door to the west leads back into the house. You are cold.

> i
You are carrying nothing.

> x me
You are 55 years old, but look (and feel) much older. Although you aren’t planning on going far away from your wood fire today, you are nevertheless rugged up in a thick coat.

> x coat
Your coat is old and weathered. The pockets are empty.

> x bird
The bird is a starling. It looks agitated.

This is a story about inertia, depression and isolation. At fifty-five, Jack lives alone in the bush. Everything is an effort, his house is a tip, there is nothing to really look forward to, and most things are colourless and bland. The world is cold, and Jack is constantly insulated in a heavy coat. Jack is conscious of having withdrawn from life, and is consumed by regret about it, fixating on a photograph taken just before he broke up with an old girlfriend: to him, it picks out the exact point at which things began to go wrong.

Jack’s connection to the Australian bush where he has lived since childhood is a recurring theme: while much of the game is described in terse, basic-information parserese (Jack is aware of, but tries to ignore, the neglected clutter of his home) most of the moments of loving description are about the woods. Jack breaks up with Melanie in large part because he won’t give up the bush for her sake; indeed, apart from being attractive, the main characterisation Melanie gets concerns her city-girl discomfort with the bush. But at the same time the bush is a trap, a moribund economy, isolation, bad roads, yards full of rusting old crap.

Jack hangs on to the idea that if this one moment could have been different, his whole life would have gone better. The game ultimately undermines this in a couple of ways. If you replay and don’t climb the waterfall, the game responds “but that’s not how it really happened” and you’re back where you were before. And at the end of the game, we get a retrospective of a different death, at a younger age, no happier, showing Jack as a workaholic who neglected his family. Jack’s real failing, you’re left thinking, is allowing himself to be consumed by regret. At one point, he watches as a spider captures a fly in its web, but loses interest as soon as the fly’s fate is inevitable; later, waking up, he imagines the tangled sheets of his unmade bed as the web-strands trapping the fly. The obvious reading is that Jack, feeling the rest of his life has become inevitable, has lost interest in it.

There’s a thing that’s easy to miss in the mid-game: driving to town, your car goes into a ditch. If, in an earlier flashback, you replanted a seedling tree on the side of the road, that tree is now grown (eucalyptus grows quickly) and can be used to winch the car out of the ditch. There have been some discussions of how exactly the causality of this works – since if you do it wrong, you can apparently backtrack to put the tree in place – but I think that focusing on a causal accounting of the story’s events is beside the point. This is, I think, meant to be about the ridiculousness of Jack’s one-pivotal-moment stance. The seedling could have died, there should be plenty of other trees in the bush to attach a winch to, and there’s no guarantee that you’d spin off the road in that exact spot. The coincidence is so contrived that it can only be an expression of how nonsensical certain kinds of regret are – you’ve got a three-quarter-inch sprocket wrench, if only you’d just happened to have brought it on holiday with you…

Through all this runs a recurring theme of the Egyptian afterlife, which was introduced to Jack by a later, flakier girlfriend who believed in past lives. The themes here are less obvious, in large part because there are so many possibilities. The placing of organs in canopic jars gets particular attention: Jack sees himself as a hollow man, heartless and gutless. But there’s also a sense of the futility of awaiting rebirth.

It’s easy to read Photograph as fatalistic: Jack’s failing is not about particular choices, but is rather an ingrained character flaw, a basic unwillingness to stay engaged in relationships (or to stop obsessing over relationships which weren’t going to work anyway). And the game doesn’t offer much of a vision of what a good outcome could have looked like, some happy medium between burnout salaryman and anchoritic shack-dweller. Solutions are not required of literature: the tragedy here isn’t about Jack’s failure, but rather his tangled, self-defeating attitude to it. And as such, it’s a strong portrait of the pit that is depression, of its suffocating sense that everything is your fault.

This entry was posted in interactive fiction, parser-based, review. Bookmark the permalink.

2 Responses to ANCIENT MYSTERIES OF IF COMP: Photograph