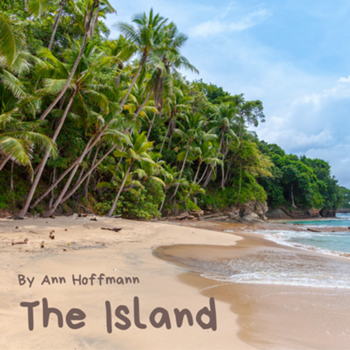 Valand (Ann Hugo, Twine) is a young adult fantasy adventure. The protagonist is washed up on a tropical island and finds themselves adopted by witches and also there’s a tiger and a mermaid?

There are quite a lot of plot beats for a piece that’s shorter than half an hour, and it feels hurried. A lot of story elements are introduced which seem custom-made for young-adult or children’s fantasy but which aren’t really given enough space to grow. We’re told that the protagonist only survived the island’s barriers because they’re a witch – but we never really get to explore much about what being a witch means, what powers and constraints and conflicts that might imply. The central narrative conflict is that an ostensive father-figure is not what he seems – but we’re never given space for him to settle in as a father-figure, to earn affection and trust so that we can feel betrayed when that’s undercut. A lot of its focus is on making friendships and understanding one’s peers, which is great – more of this in games, please – but it isn’t quite there yet. It’s trying to fit an chapter-book plot into a twenty-minute experience; that’s not impossible, perhaps, but it’s a serious challenge that it this is nowhere near accomplishing.

The plot is fairly narrow, with only minor variations depending on player choice: there’s a losing ending, but it requires you to take very obviously bad choices, and the general impression is that the author wanted to tell one particular story and wasn’t deeply interested in how player choice would figure into that. That’s not a bad thing, necessarily, but if you’re doing that you need to have a good idea of how player interaction contributes to your story, and I don’t think that’s the case here.

You awaken to water engulfing your feet. The cold has come to be a constant so you hardly notice it. The wetness on the other hand is noticeable. Apart from your socks your clothes have actually dried to some extent. Where am I? you wonder. You aren’t floating in the ocean anymore; you know that much. The ground feels soft below you.

And this is definitely not writing that’s making the most of the space available. It has a tendency to ramble; it often lacks detail where detail would obviously be really useful, while labouring less interesting points (as above). It has elements which it wants you to feel enthusiasm about – the feast of magical food, the island forests – which get very little description that could develop that enthusiasm. It does that fanfic thing where it’s really concerned with letting you know the hair and skin colour of characters the moment they’re introduced. I could often get a general sense of the kinds of effect it wanted to be having, but the execution is not up to the task.

I’m not sure what age it’s really intended for, either. The protagonist is mentioned as being in the fourth grade (which is typically age 9 or 10; as a non-American I have to look this up every time), but the reading level feels somewhat higher than that, both in terms of the results you get from shoving it into a reading-level analyser and my general impression of its complexity; it is markedly less simple in its vocabulary and sentence construction than Slugocalypse, say. And typically children’s and YA fiction tends to have protagonists a little older than the intended audience, if anything.

There are some issues of polish. The cover art, contrary to everything else I could find, says that the title is The Island and the author Ann Hoffman. It doesn’t credit testers, and there’s at least one node, towards the end, that’s just missing. But there are more fundamental things which need fixing first. 3.

This entry was posted in cyoa, interactive fiction, review and tagged if comp, IF Comp 2019. Bookmark the permalink.